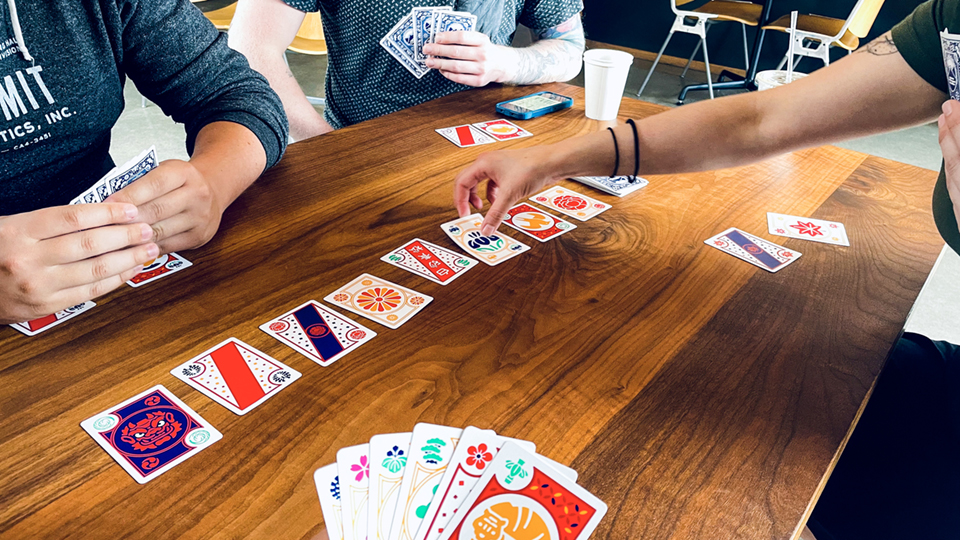 Junior Hanafuda is an interpretation of Japanese flower cards (known as hanafuda) specifically designed so anyone can easily learn how to play.

There are three editions of Junior Hanafuda: Dragon, Tiger, and Phoenix. 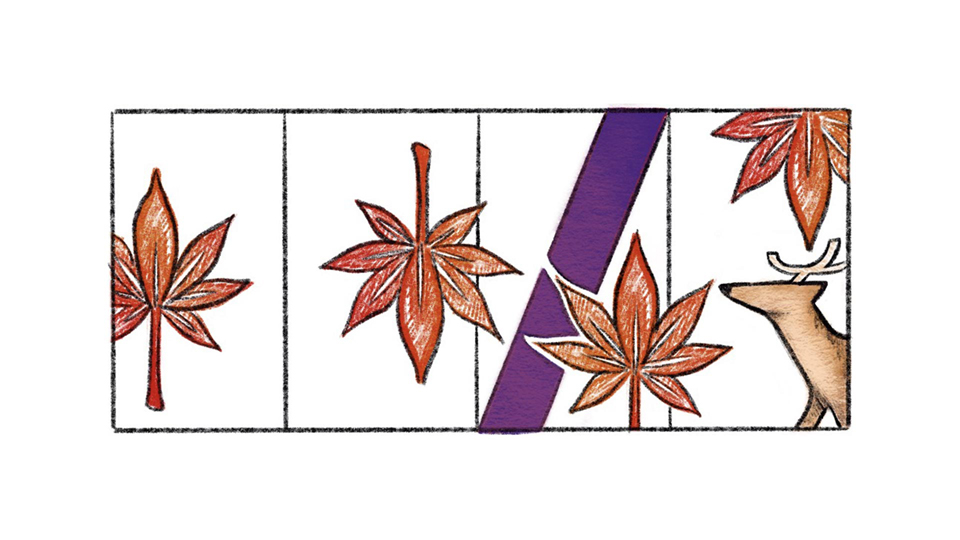 The earliest sketch for Junior Hanafuda, from April 2018. 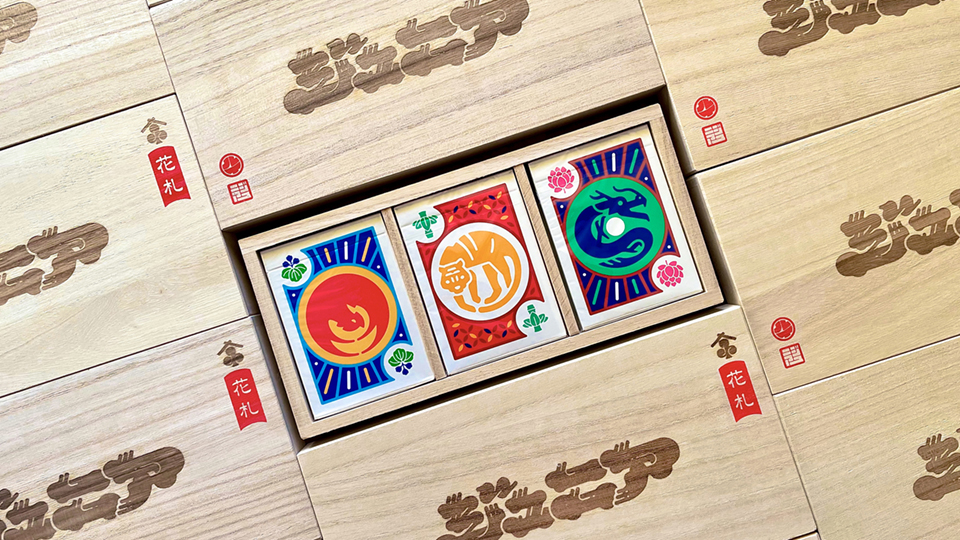 In early 2018, while researching for an emoji design project, Louie Mantia learned about hanafuda, collected dozens of decks, and started to design his own interpretation.

Junior Hanafuda started with an interest in mon 紋 ▶ crests, which typically represent families in Japan. Because these crests often depict the same plants and animals found in hanafuda, mon became the basis for the design of Junior Hanafuda.

The Phoenix edition of Junior Hanafuda was manufactured in November 2019 by The United States Playing Card Company in Erlanger, Kentucky.

In mid-2020, a Kickstarter project was launched for Dragon & Tiger, and the new editions went on sale in 2021.

All three editions of Junior Hanafuda include 48 standard cards. There are 12 suits, and each suit has 4 cards, though the composition of each suit varies. The arrangement is identical to traditional hanafuda.

Dragon & Tiger decks have two additional suits ( Bamboo and Lotus) that can be used to accommodate up to 4 players in some games.

Phoenix decks have an adaptable six-card suit ( Bamboo) for players to experiment and create their own 4-card suit. For example, players could take four Bamboo cards to replace an existing suit or add them as a new suit.

Generally, Kasu cards depict a plant or flower with a significant amount of white space, though some differ in style from the others.

For printable instructions on how to play games with these decks, visit Junior’s How to Play page.